At Home Under the Ground: Animal Burrows

Home » Blog » At Home Under the Ground: Animal Burrows 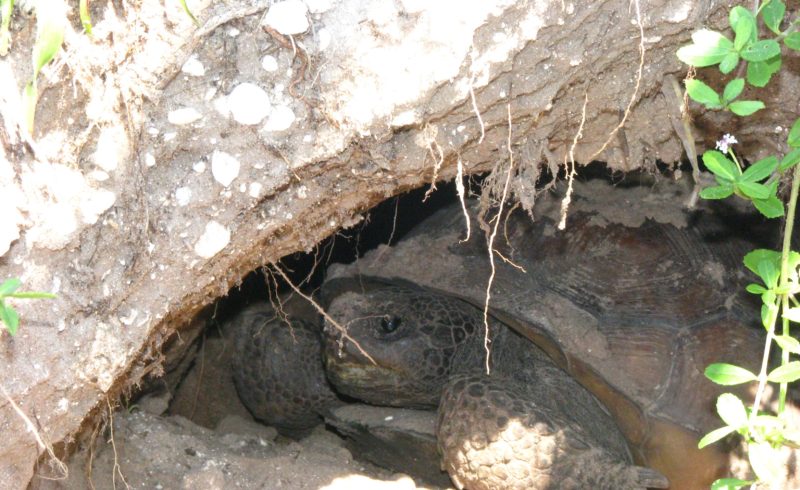 Before all the spring vegetation grows back, why not go on a hunt for animal burrows? You don’t even have to go into the woods – burrows can often be found in backyards and around buildings, too!

A burrow is a hole or tunnel that an animal digs for security. It might consist of simple, short tubes, or it could be an elaborate network of tunnels and chambers.

Many burrows serve as a place of protection. Staying below the surface means the animals are safer from predators. Groundhogs burrows have numerous openings where they can disappear from danger at a moment’s notice. Some animals build complex systems and spend much of their time underground. Prairie dogs and badgers build tunnels up to 10 feet wide and up to 30 feet deep. Other burrows are dug for temporary safety. Red foxes sleep out in the open, but they dig quick-escape dens. Most of these burrows are just big enough for the animal to squeeze into, so larger predators can’t get in.

Burrows also offer shelter from extreme temperatures. Some animals stay in their burrows for the majority of the winter to avoid the freezing elements. Others in hot desert areas use their burrows to stay c 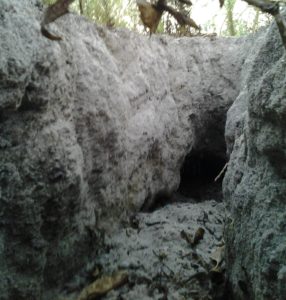 ool.  Kit foxes use their underground dens all through the year.

Burrows serve as a place to store food. Chipmunks store seeds and berries in underground pantries to use throughout the winter. Kangaroo rats hide grain in huge burrows; they can stash away up to 32 gallons of food.

Some animals use burrows for giving birth and raising young. Coyotes, foxes, and wolves create burrows with multiple chambers and entrances. They may even dig multiple dens so they can move the pups if necessary. Belted kingfishers dig nesting tunnels in the banks of rivers.

Animals make their burrows in all kinds of surfaces. Kangaroo mice dig into fine sand. Moles burrow into lawns. The nine-banded armadillo finds moist soil. Some use burrows that have been previously used by other animals. Burrowing owls use abandoned burrows as nesting chambers.

You may find a burrow near your house. Search along the foundation, underneath a deck or storage shed, or beside a retaining wall. Check for mole hills in your backyard. Most likely, you’ll find signs that an animal feels at home near you! You might want to make a map of all the burrows you find nearby. Just be sure not to disturb an animal or its home.

Want to know more about animal burrows? Check out these sites:

Idea for the Weekend: Search for Tadpoles

3 Ways to Make Your Evening Happier — with Nature

Get Outside: Three Easy Ways

Idea for the Weekend: Visit a Farmer’s Market