Drummers of the Woodlands

Home » Blog » Drummers of the Woodlands 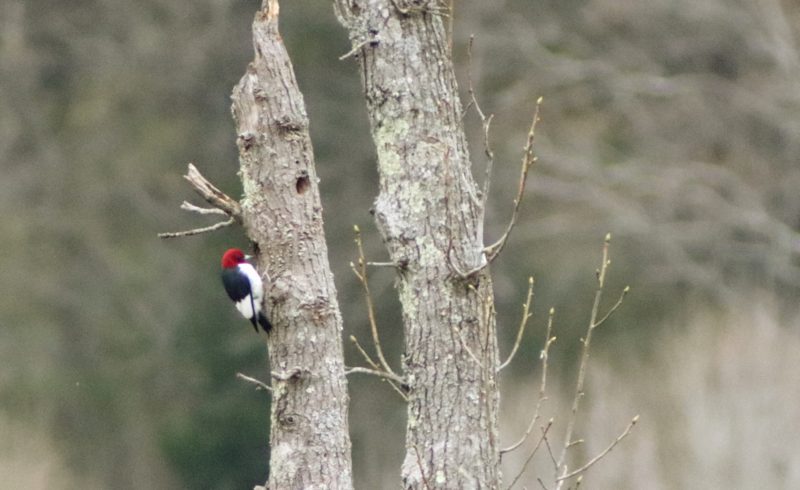 Have you ever heard a rat-a-tat-tat sound outside your window? Chances are there’s a woodpecker nearby! There are twenty-two species of woodpeckers in North America living in forests, woodlands, farms, and even backyards. They range from southern Texas to the eastern tip of New York.  Although woodpecker species share some similarities, such as favorite foods and nesting habits, they are also wonderfully diverse, with peculiar habits all their own.

Woodpeckers are omnivorous, which means that they eat both plant substances and animal substances. These include nuts, fruits, and seeds, insects, and grubs.  Woodpeckers have beaks like chisels that they use toy drill into trees and under tree bark, catching the insects they find there with their long tongues.

Not only do woodpeckers hammer on trees to find food, many species use this drumming sound for communicating with each other.  In fact, a woodpecker can drum up to 10,000 times in a day! Its skull is specially designed to diffuse the force of each blow. Woodpeckers also have a third inner eyelid that protects their eyes.

One species of woodpecker is the yellow-bellied sapsucker. This bird chisels neat rows of holes in live trees.  If it finds bugs or grubs, it eats them, but it will also return later to the same holes to eat the sap that has oozed out.

The downy woodpecker is the smallest of the North American woodpeckers. It lives all over the United States except for the desert regions of the Southwest.  This little bird has adapted to living with humans and can be found at backyard feeders or city parks.

On the other hand, the gila woodpecker is at home in hot, dry environments.  Breeding gilas dig holes into giant cacti, but they are planning ahead.  A hole cannot be used for nesting the same year it is excavated; the birds must wait a year until the pulp inside has hardened. In the meantime, they choose an old hole for their nesting site.

No matter where you live, you are probably sharing your state park, city park, or neighborhood with woodpeckers.  The next time you hear the familiar rat-a-tat drumming, grab a camera or binoculars and follow the sound.  You’ll find the jack-hammer of the aviary world hard at work.

Activity of the Week: Create Leaf and Bark Rubbings

Idea for the Weekend: Go on a Night Hike!