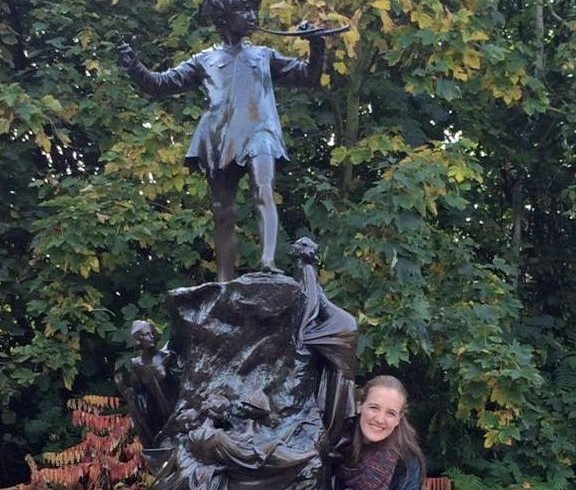 It still unbelievable to me that this time last year I was over 8,000 miles away and on the other end of the world, New Zealand, to study my passion: education. I do not think I fully understood this trip’s impact on me until I have had time to reflect over it this past year. It also opened my eyes to the possibilities of incorporating nature into the curriculum. The trip, with several professors from my college, Furman University, took us to approximately twenty schools during our three weeks in this amazing country.

New Zealand is very unique. The whole country fits into the East Coast of the United States. Their national curriculum is much less strict than American curriculum and so it allows teachers more freedom to focus on student-centered learning and let student interests help direct learning. New Zealand, or Kiwi, schools also use a lot of technology in their schools. Every school we visited had kids bring in or provide a laptop or an iPad for kids to use in the classroom. I had expected to learn about the treatment of curriculum and the added technology that I had read about in preparation for the trip. Instead, the most striking take-away from the trip was the integral role that the environment plays in New Zealand schools. Each school day includes time to play outside during “tea time” (a morning snack time and recess combined where the kids have minimal supervision and the teachers have a break), but there were also some schools that strived to take learning even more outdoors.

Fendalton Open Air School in Christchurch did just this. Each classroom had a wall of windows that could be opened so that learning could be taken directly out into nature. It was hard for us, as visitors, to get a good idea of how the outdoors were used on a daily basis. While kids may still have to do work inside, these doors were open so that kids could have the natural light and the fresh air in their classrooms. We got the impression that it was very easy for teachers to take their classes outside for activities or even just give students a different space in which to work so that they could have a behavior reset. I know what you are thinking; “This would be highly unusual in an American classroom.” I agree with you, but, for the New Zealand teachers and students, the fact that the outdoors could be incorporated into the learning day so easily was natural.

In a study done in Wake County, NC, a school was designed as a daylit school. This means that the school primarily uses natural lighting throughout their building. This school had test scores improve 15% once the new school building was finished. Although Fendalton Open Air School was the only school that we visited that had walls of doors that could be opened, it was not uncommon to see walls of windows that allowed abundant natural light and clear views of nature into classrooms. I was continually amazed by the natural light because in so many American schools that I have visited, there are only one or two small windows in a classroom that do not provide a lot of outdoor light.

I am confident that it has an effect on the performance of students. While I do not have specific data about this, it was abundantly clear when I talked to the kids. They were all able to tell me what they were studying and were excited about their learning. In my past experiences in American classrooms, it took a few visits to the same classroom to get a kid to open up to me about their learning as fast as these Kiwi students did.
Another element that we saw at a couple schools was gardens full of lush green plants. At Summerland Primary in Auckland, the principal told us about their garden. It was a special space in their school and a prominent aspect of the garden was the “friendship bench.” If a child, or an adult for that matter, sat on a bench in their garden, students were encouraged to come over and include that person. I thought it was one of the neatest ways to encourage kids to reach outside of their normal groups. The green space was a safe space for kids to get to know each other and to make new friends and making new friends became part of the culture of the school.
As I have reflected over this experience this past year, I have observed many ways in which American schools can incorporate these concepts to increase achievement, morale and student engagement. The outdoors, whether used as teaching tool or as way to make a new friend, can have a powerful influence on students. As I think about what I would like to do in my future classroom, I know I will reflect on what I observed in New Zealand and try to incorporate the outdoors in a way that encourages kids to see opportunities for learning in their everyday environment. I want my future students to be able to go outside during science time and explore the environment and develop projects. I want them to be comfortable playing outdoors and understand that adventure has no rules. They can then write about these adventures during ELA time. With nature as an inspiration, who knows what these kids can create.

As my New Zealand visit demonstrated, incorporating the environment into the curriculum can effectively break down barriers between kids and foster a sense of adventure in learning. While it is impossible to completely replicate what is being done in schools 8,000 miles way, I believe that incorporating these ideas can make my future classroom a place where learning can be fun and different. This approach can create life-long, enthusiastic learners. What more could a new teacher ask for?

Activity of the Week: Identify Clouds