Home » Blog » Getting to Know Your Mammals: Coyote 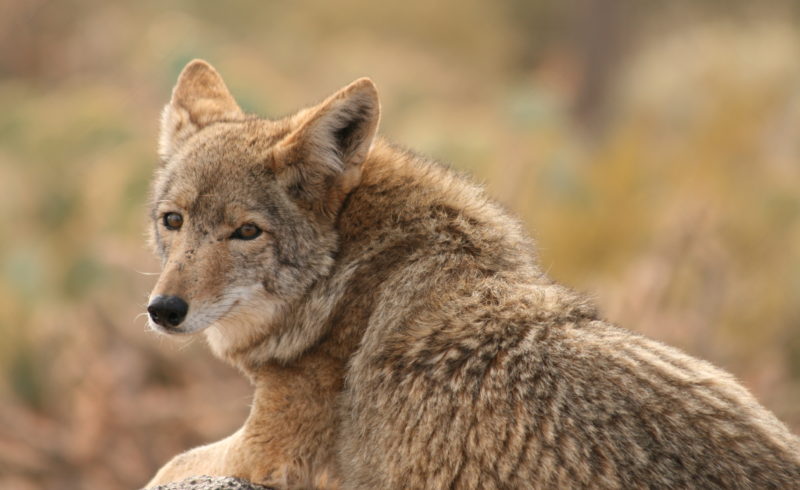 You may have heard it in the evening or late into the night: a yip, a chattering howl, an eerie chorus that reminds you that something is wild and awake and on the move. You don’t have to live near woods or a forest to hear it; you can hear the sounds in neighborhoods, towns, and cities, too. They are the voices of coyotes, animals so adaptable they are now found throughout North America.

Also known as “prairie wolves” or “brush wolves”, coyotes are smaller than wolves with pointed ears and long, slender snouts. They range in color from black to dark gray to even red or blonde. Although they may vary in size, they average about two feet tall at the shoulder – about the height of a medium-sized dog. 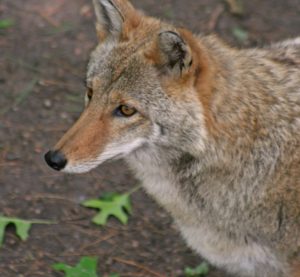 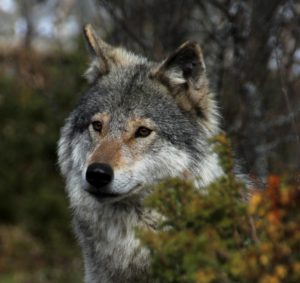 Coyotes are classified as carnivores, or meat-eaters, but they are actually opportunistic feeders, eating whatever is available and easy to obtain. A coyote’s diet can include rodents, rabbits, birds, frogs, insects, snakes, and fruit, as well as garbage, pet food, and road-kill. A pack of coyotes can take down larger prey, such as deer.

The coyote pack is actually a strong family group. It is often made up of a dominant pair and offspring from previous years. Only the dominant pair has pups.

Both parents feed and protect their pups. By the following fall, the pups are able to hunt on their own. Depending on how much food is available, the young coyotes may stay nearby or look for new territory.

Coyote howls serve other purposes as well. Unless they are going after larger prey, coyotes usually hunt alone. The howls are a way to call the pack or family group back together. Coyotes also howl to inform other packs of the group’s presence – a way to warn them against trespassing into their territory.

A New Kind of Coyote

Coyotes were once found only in the prairies and deserts of the mid-western United States. As settlers moved west and the wolf population decreased, coyotes moved eastward. Today, some eastern coyotes aren’t actually true coyotes. They are hybrids – part coyote, part wolf, and sometimes part dog. Known as coywolves, these animals are about 55 pounds heavier than coyotes, with longer legs, smaller ears, and bushier tails.

Want to learn more about coyotes? Check out one of these articles:

“How the Most Hated Animal in America Outwitted Us All.” National Geographic

Summer Camp: a Season of Adventure for Kids and their Parents

Idea for the Weekend: Unplug!

New Neighbors? The Canada Geese in Your Yard

Start Your Homework by Taking a Walk