Getting to Know Your Mammals: Opossum

Home » Blog » Getting to Know Your Mammals: Opossum 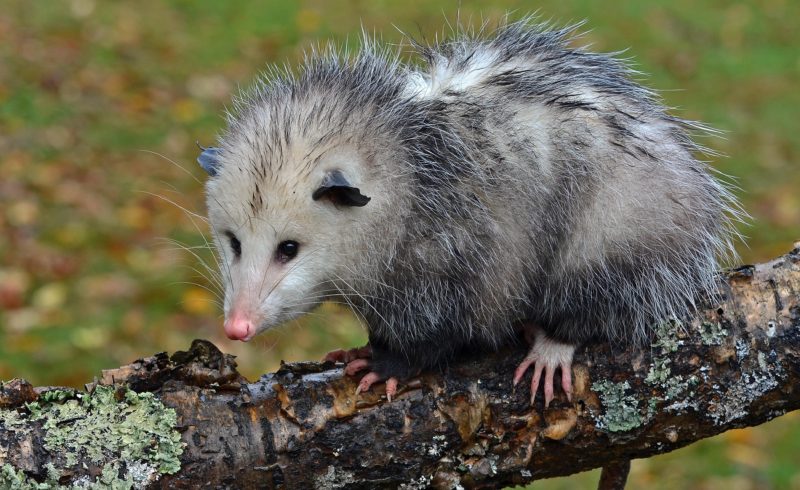 Have you ever had a surprise guest to a barbecue or picnic? A few years ago we had a picnic in our backyard with lots of extended family. After eating, one of the kids needed to throw something away, so I told them to bring over a large garbage can. Imagine their surprise when they looked into can and saw two young opossums!

The opossums in the can were Virginia opossums, also known as common opossums. They had grey bodies with white faces. Although these were smaller, an opossum can grow up to 3 feet in length including the tail. The tail is round, almost hairless, and prehensile, working much like an arm or hand. They use it to grasp things and can even wrap it around tree limbs. Opossums have 50 teeth, including four fangs that are also used for grasping.

An opossum’s feet are made for climbing, too. They have five fingers on their front feet. Their back feet have four toes and an opposable thumb. Their sharp claws are also used for climbing as they dig into the bark. It’s no wonder they are spend much of their time in the trees. 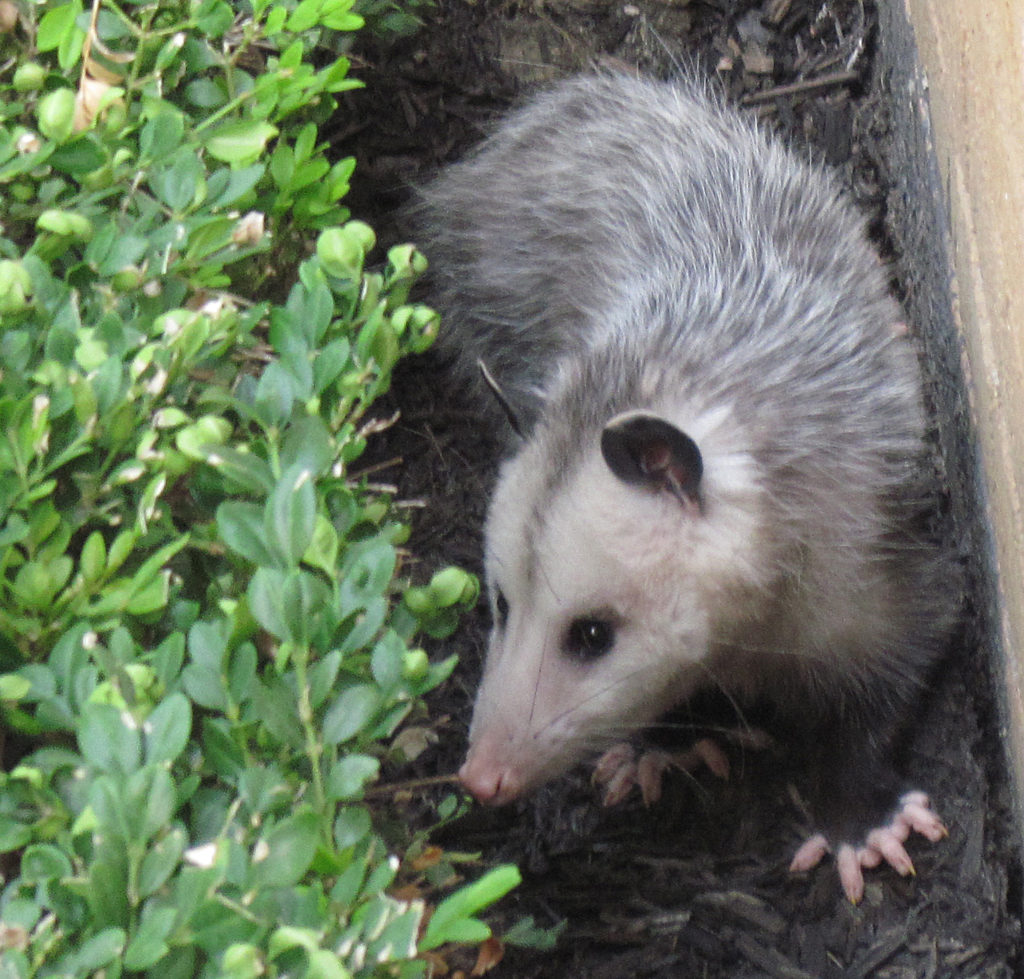 The opossums at our picnic had crawled into the can to find something to eat. Opossums are scavengers, and they often search for food among garbage cans, dumpsters, and other trash containers. In the woods, their normal diet consists of carrion, insects, birds, frogs, eggs, snakes, and worms, as well as grass, nuts, fruit, and grains. They are true omnivores!

Because of their diet, opossums help with pest control. They eat the beetles, snails, and slugs that can harm a garden. Because some of their diet is similar to that of rats and cockroaches, opossums will kill them if they find them in their territory.

Opossums are the only marsupial found in North America. They have a pouch to carry their young, which are called pups or joeys. Opossums can breed almost year-round in places with mild winters. The female gives birth to as many as 20 – 25 babies as tiny as honeybees. The babies immediately try to crawl into her pouch where they stay warm and nourished. The pouch can even close so tightly that when the mother swims, the babies stay completely dry.

At around eight weeks old, the mouse-sized pups begin going in and out of the pouch for short periods of time. At twelve weeks, they begin crawling all over their mother, riding on her sides and back as she searches for food. At four months they begin leaving her for longer periods of time and eventually leave her for good. Only about half of the pups make it to maturity, however.

When we found the opossums in our trash can, they hissed at us. Other sounds they make when threatened include growling and belching. When all else fails, an opossum with “play possum” and act as if it is dead. They roll over, become still, and show their teeth and tongues as saliva foams around the mouth. Sometimes they close their eyes, and other times they stare blankly. Their glands secrete a bad-smelling fluid.

Opossums can’t control this behavior; it’s an involuntary response like fainting. They can remain in this state for up to four hours. Most predators (such as a bobcat, fox, or dog) are looking for a live meal and decide to leave, and the opossum can escape.

We took the trash can with the opossums to the woods behind our house and let them go. They quickly scampered up the nearest trees. I know they were glad to be back!

Want to learn more about opossums? Check out these great sites:

Activity of the Week: View the Harvest Moon

Idea for the Week: Make a Sundial

At Home Under the Ground: Animal Burrows