Getting to Know Your Reptiles- The Eastern Hognose Snake

Home » Blog » Getting to Know Your Reptiles- The Eastern Hognose Snake 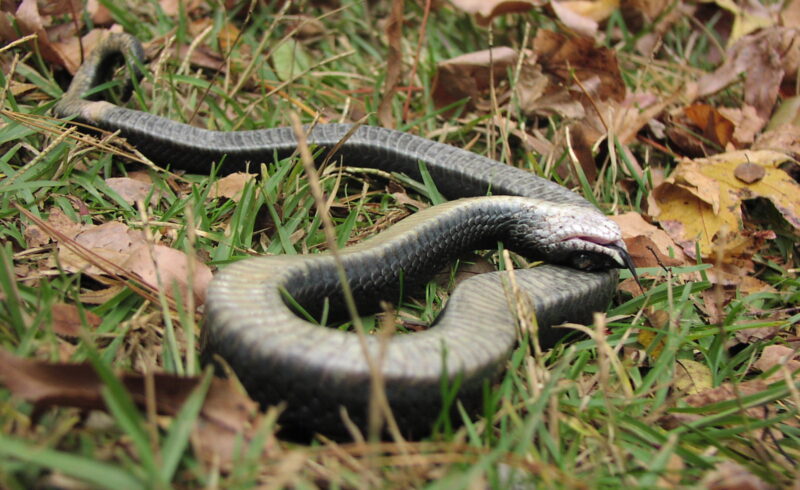 When my children were younger, we spent an afternoon building forts in the woods. My oldest daughter, who was about eight years old, suddenly shouted that she saw a cobra! I was fairly confident she had seen something else, but I rushed over anyway and saw a black snake on the ground nearby. It wasn’t a cobra, but it had raised its head and flattened its neck like a cobra. I picked up a stick and placed it near the snake’s head so it couldn’t move or bite, when suddenly, the snake flipped over!

The snake she had discovered was an eastern hognose, sometimes called a puff adder. When threatened, a hognose will often raise its head, then puff out and flatten the skin around its neck, much like a cobra. Sometimes a hognose will also hiss and lunge at its attacker. If that doesn’t work, the snake will roll over and play dead — just what this snake was doing! 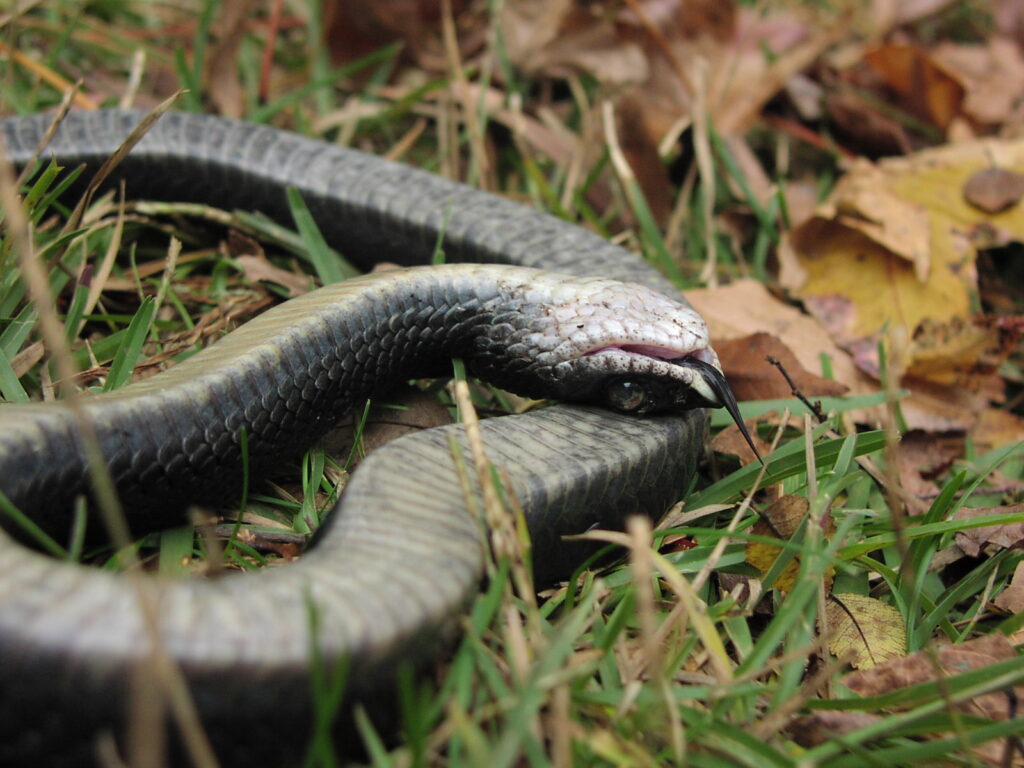 A couple of years later, my youngest son discovered a snake close to where he was playing. He called to his sister who then called to me saying there was a baby copperhead in the grass. I rushed outside and, on first glance, the little snake did look like a copperhead.  My son brought me a container to put it in, and I pushed it into the clear bowl. Just to be sure, I did a quick Internet search of photos and found pictures of hognose snakes that were similar in color to copperheads. Through the bowl, we looked at its nose; it was a upturned. I poked the little snake with a stick. The snake immediately flipped over, opened its mouth, and dropped out its tongue — it was playing dead. Though the copperhead would have wanted its life spared, it wouldn’t know that trick. This little snake was an eastern hognose too. 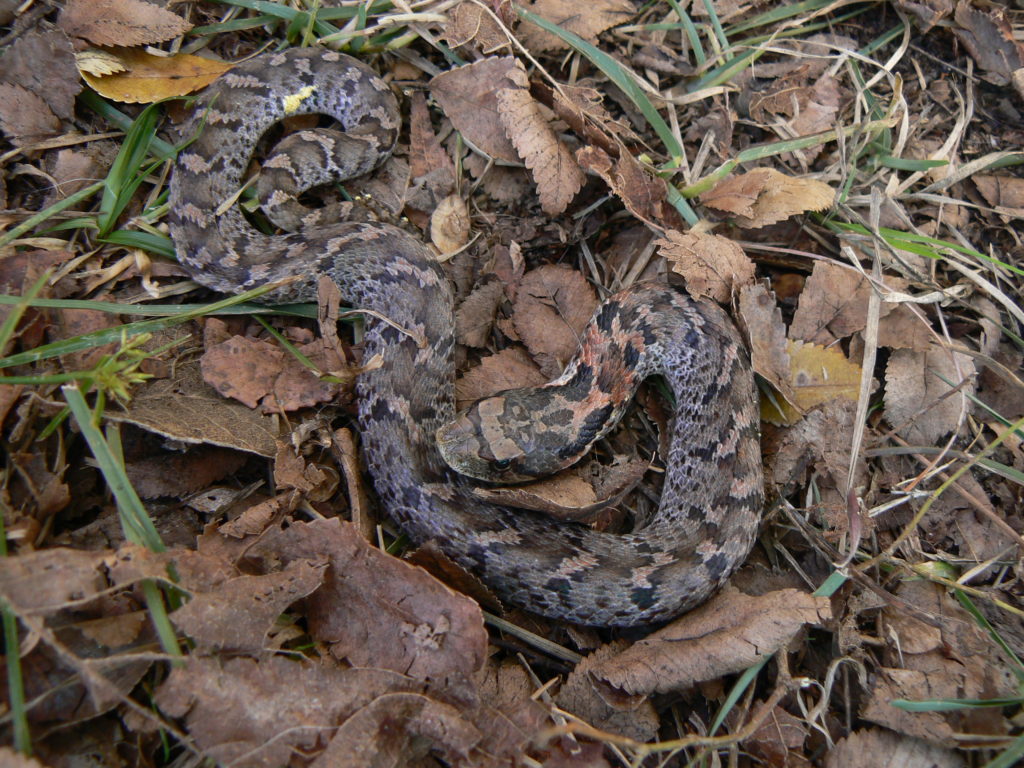 When we found the first snake, we learned that hognose snakes aren’t venomous, rarely bite, and are sometimes kept as pets. Within a few minutes, this new little snake was no longer frightened. My children named the hognose Snake-ily, and we soon let him go in the yard again. It was fall, and Snake-ily would be hibernating soon. But we took advantage of the discovery to learn even more about this unusual reptile.

The eastern hognose can be found in the eastern half of the United States from southern Canada to Florida. They prefer woodlands with sandy soil, farmland, fields, and coastal areas.

Hognose snakes are diurnal, which means they are active during the day. At night, they usually burrow in loose soil.

Hognose snakes use their upturned snouts to dig around in the dirt to stir up prey. Their favorite food is toads, although they also eat other types of amphibians, reptiles, small mammals, and even birds.

Want to learn more? Check out these great sites:

Idea for the Weekend: Go on a Feather Hunt!

20 Water Activities to Beat the Heat