Getting to Know Your Insects: Praying Mantis

Home » Blog » Getting to Know Your Insects: Praying Mantis 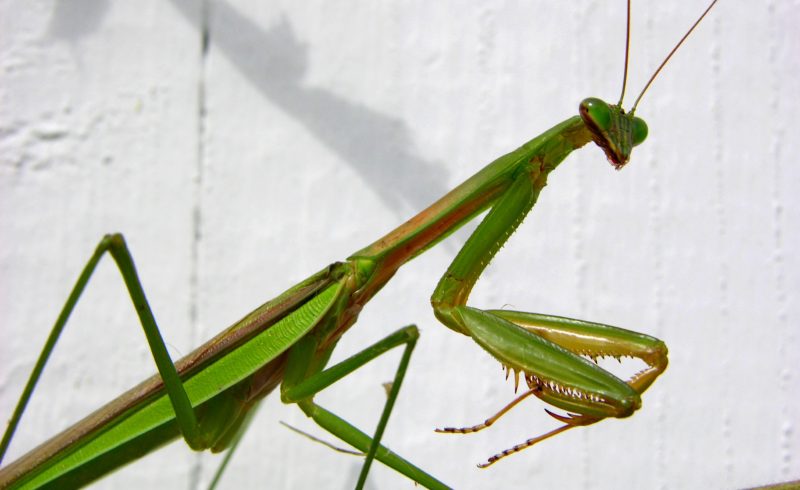 Whenever I mow close to the house, I notice a number of insects moving out of the grass. Some go up towards the windows and hang on the screens. There will often be at least one or two praying mantises in the group, some large and some small. And each time, I’m amazed by these fascinating insects. 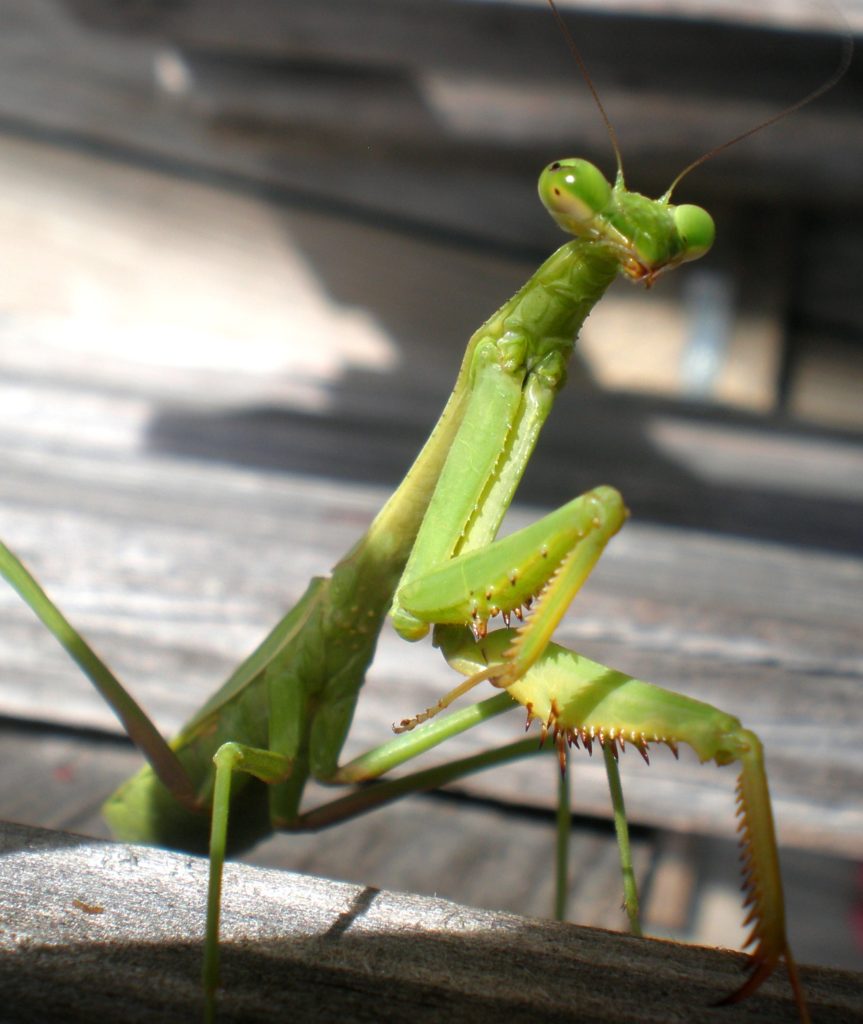 The praying mantis gets its name from its large, bent front legs that are held together as if it were praying. But the insect could have just as easily been called a “preying” mantis. Usually brown or green, mantises are well-camouflaged in the grass and leaves. They use this to their advantage to ambush their prey, which includes crickets, grasshoppers, moths, flies, mosquitoes, and other insects.

Praying mantises are well-suited for hunting in other ways, too. They have good vision, with two large compound eyes and three other simple eyes to help them scan their surroundings. They can turn their heads 180 degrees either way, giving them a 300 degree view, and they can see the slightest movement from as far as 60 feet away. A mantis can strike with its forelegs in just 50-70 milliseconds, giving its prey little chance to escape. The legs also have spikes for snaring and holding the unfortunate animal. 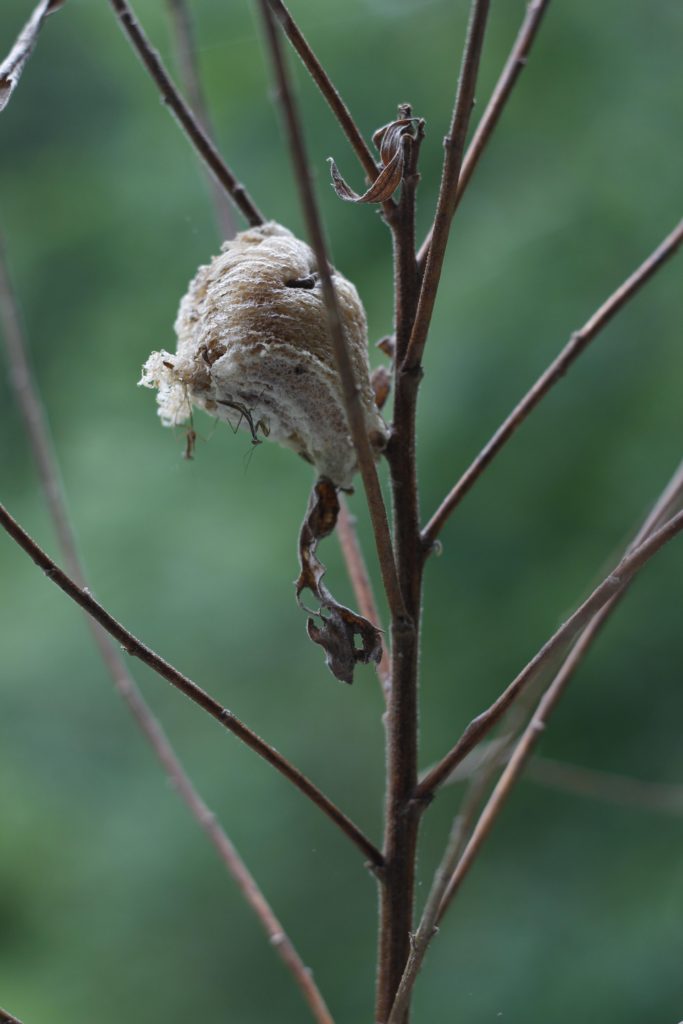 A female mantis will even feast on her own kind. After mating, she will sometimes eat the male. Later, the female will lay hundreds of eggs in a small case. When they hatch, the nymphs look like tiny versions of their parents.

While they can grow quite large, up to 3 or 4 inches, and look intimidating, praying mantises are usually regarded as welcome guests in the garden. They are a natural form of pest control, as they help reduce the number of harmful insects. However, a mantis would also just as soon eat a beneficial insect, such as a honeybee or ladybug.

Want to learn more about the praying mantis? Check out some of these sites:

Photo of the mantis by arrowpedigree

Photo of the egg case by lunamom58

Activity of the Week: Guess the Object

Activity of the Week: How Many Can You Find?

Getting to Know Your Arthropods: Writing Spider