Naked Mole Rats: What Do They Remind You of?

Home » Blog » Naked Mole Rats: What Do They Remind You of? 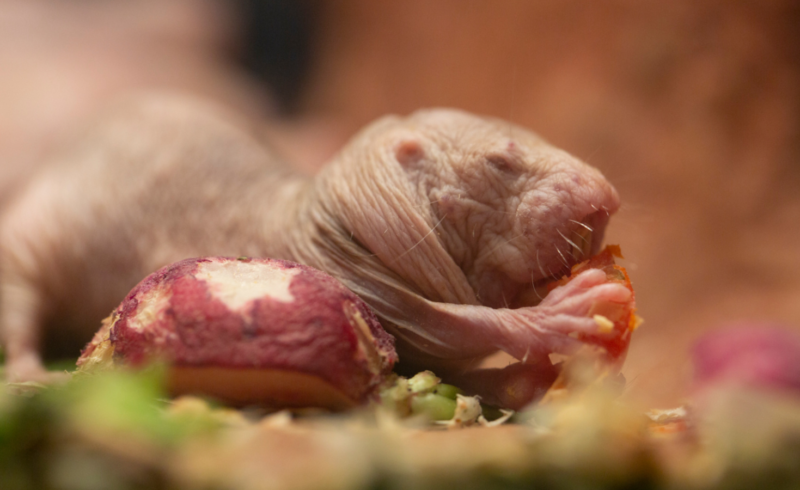 To me, one of the most interesting mammals in the entire world is the naked mole-rat. The animal gets its name because of its hairless appearance and large incisors. The naked mole-rat makes its home under the ground within burrows found in East Africa. With its pink skin and teeth, the naked mole-rat reminds me of a cross between a walrus and a sphynx cat. There are other animals, too, that the naked mole-rat borrows some traits from that you may not expect. 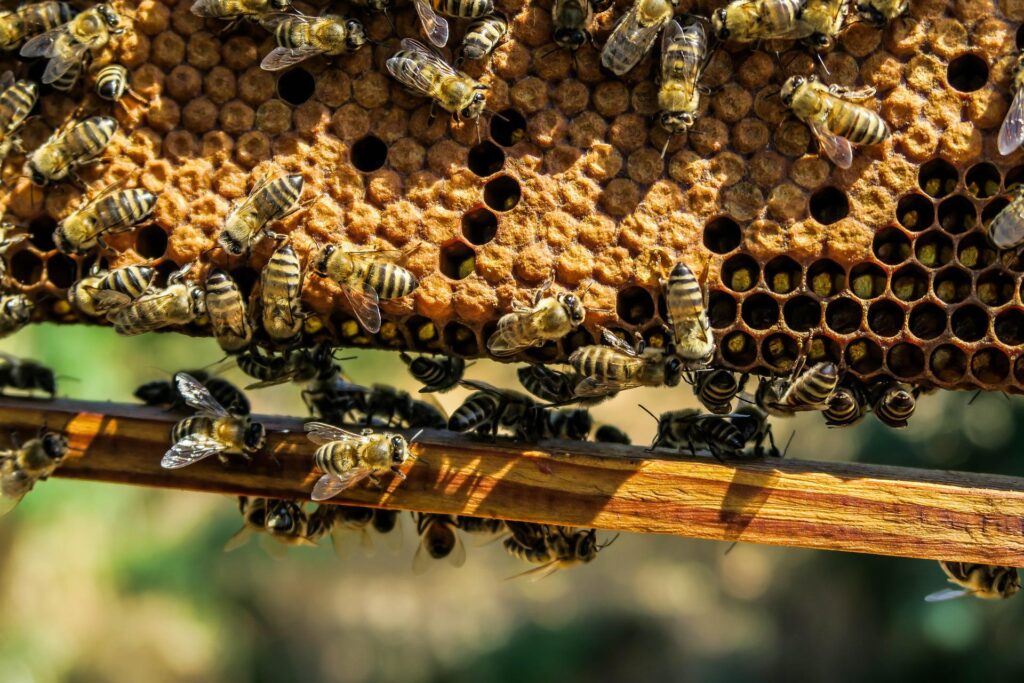 The cool similarity between naked mole-rats, honey bees, and ants is that they all have eusocial behavior. Eusocial behavior is the observed behavior of an animal that lives in a colony with at least one member producing babies while the other members do the work to maintain the colony. For ants and honeybees, the one member of the colony that produces babies is called the queen, and the other members of the colony are either called drones, if male, or workers, if female. This social hierarchy is a little different for naked mole-rats. Instead of having several mates, as is the case for ant or honey bee queens, the naked mole-rat queen has only three to five mates for her entire life. In addition, although, ants and honey bees give their larvae royal jelly to turn them into queens, female naked mole-rats fight each other until one of them wins. The winner then becomes the queen, and the other females lose their ability to have babies because of pheromones from the new queen. In addition, the incisors of the naked mole-rat are actually outside of their mouths, which makes their teeth similar to the mandibles of ants, bees, and beetles. 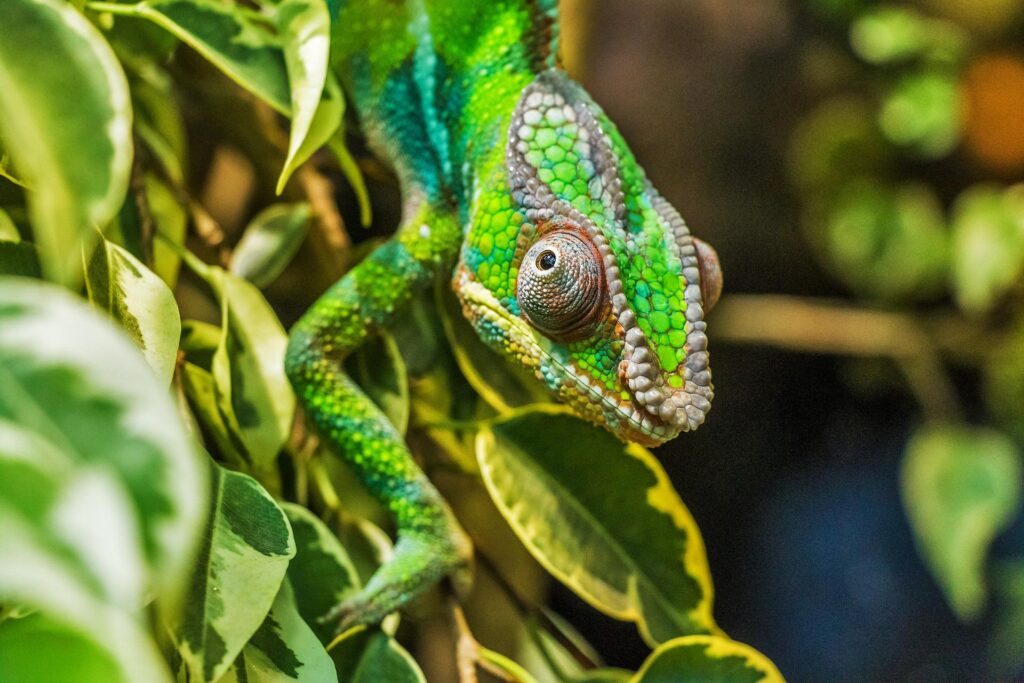 Naked mole-rats are cold-blooded just like reptiles. Instead of sunbathing as snakes and iguanas do, however, naked mole-rats lay on top of one another in a pile. The effect is probably similar to that of a weighted blanket or one big hug. Naked mole-rats have adapted to the lack of air flow in their burrows by sleeping belly up in these large piles so that they can maintain a consistent body heat. This is surprising because their burrows can reach temperatures of over 80 degrees Fahrenheit. Naked mole-rats stay underground for most of their lives and the burrows they create can reach two kilometers. They also share a somewhat similar trait with chameleons. Whereas a chameleon can move its eyes in two different directions at the same time, a naked mole-rat can move its top teeth independently of each other. 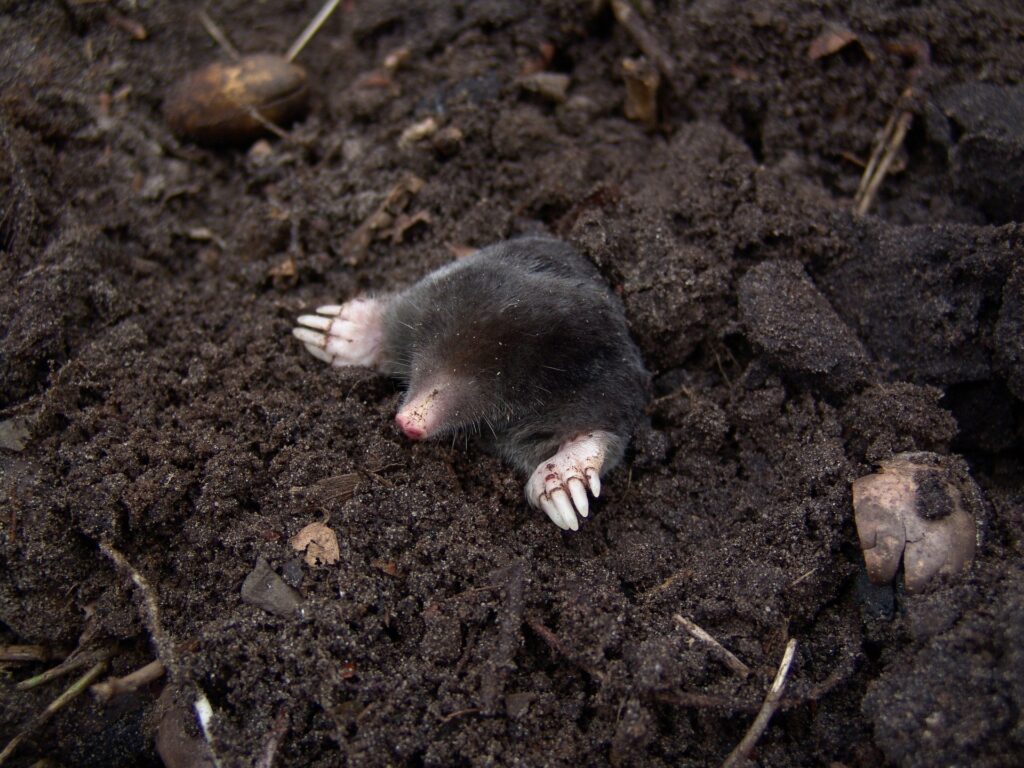 One of the facts about a naked mole-rat that I find most interesting is that naked mole-rats and moles aren’t that similar to each other. Moles eat insects and have hair. They use their claws to dig the burrows in soft soil rather than the hard soil naked mole-rats prefer.  But the biggest difference between moles and naked mole-rats is that moles are very territorial. This means that if a mole came into another mole’s burrow then the two of them would fight. The only time moles will socialize is during mating season. Even mole babies will typically leave their homes once they mature rather than staying.

Naked mole-rats, on the other hand, are very social with each other because they are eusocial creatures. Naked mole-rat babies will potentially stay with their parents forever even when they mature and will help the community by becoming a worker. Unlike moles, naked mole-rat workers help raise babies even if they do not have the same parents.

The next time you see an animal, try thinking of other animals that you’ve seen that are similar to it. By researching their similarities, you might just learn more about each animal.

Want to learn more about naked mole-rats? Check out the video below!

Make a Game of It!

You could play a game to create your own animal with a friend or parent. First, go outside and take pictures of animals you see around where you live, or you could look up pictures on the internet. You would then print out the pictures you’ve taken, cut them up with scissors, and glue the pieces together on a blank piece of paper. You can then show your new animal off and see how many parts of it other people can guess correctly. The person who names the most animals correctly wins!

Activity of the Week: What Does it Weigh?

Activity for the Week: Write Haiku