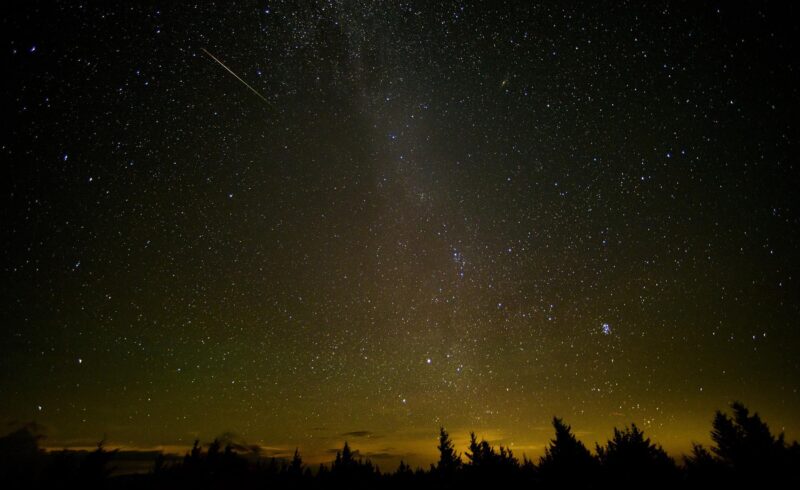 Summer is the perfect time to enjoy super moons and meteor showers. Below is a list of some spectacular shows that you don’t want to miss between July and August.

Radiating from the constellation Aquarius, the Southern Delta Aquariids are visible between July 12 and August 23. The meteor shower was named after one of Aquarius’ brightest stars, Delta Aquarii. This star is also known as Skat because it appears best in the Southern Hemisphere. This meteor shower will be most active the night of July 28 and the early mornings of July 29 and 30. You’ll be able to see between 20 and 25 meteors per hour at the shower’s peak. For the best viewing experience, take a trip away from the city to avoid light pollution, wait till after midnight, and look towards the Aquarius constellation or towards the east and south if you can’t see them near Aquarius.

One of the more famous meteor showers, the Perseids, radiates from the constellation Perseus and is active from July 17 to August 24. Unfortunately, due to the full moon on August 11, the Perseids will be less visible this year. Nonetheless, with a hundred meteors appearing at its peak, you’re bound to see a few meteorites pass overhead. The meteor shower will reach its peak around 11 pm on August 11 and through the early morning of August 12. Just like the Southern Delta Aquariids, it is best to view this meteor shower away from city lights and the light pollution they cause. Be sure to bring something comfortable to lay down on such as a sleeping bag or blanket. Checking the sky right before the sun rises may provide the best chance to get clear view of the meteor shower on August 12.

The Buck moon is the name of the super moon that occurs on July 13. This super moon gets its name from the fact that it appears around the time that male deer regrow their antlers. It is also the first full moon in the month of July. The Buck moon is also called the Thunder Moon, the Wyrt Moon, and the Hay moon. Super moons are called “super” because they appear much larger than a regular moon since they are at their closest point to the Earth. This is also called being in the perigee. If you miss the super moon, don’t worry. You can still see the full regular moon on August 11.

Be sure to take a camera with you when you’re taking pictures of the meteor showers and the moon so you can have the best quality photos!

Running Bits of the World

Veggie Tales: The Beauty of Produce

Idea for the Weekend: Plan a 4th of July Celebration!