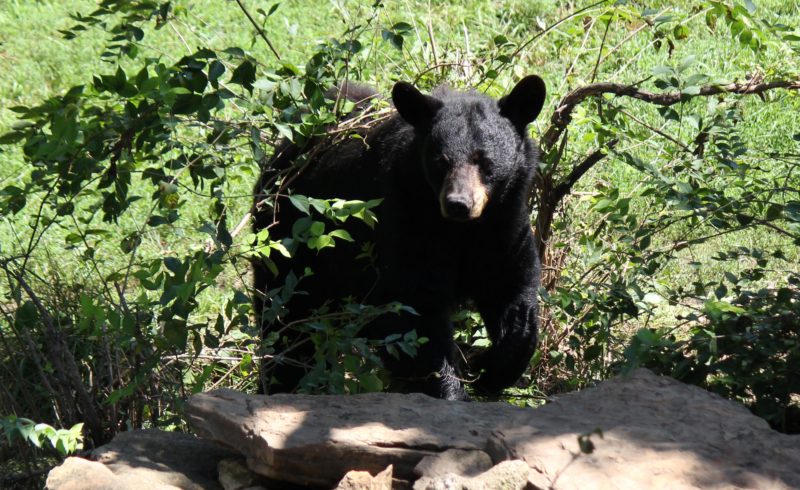 If someone were to ask you to name an animal that hibernates, you’d probably say “a bear.” But for many years, some people did not consider them true hibernators. When animals such as chipmunks and ground squirrels hibernate, their body temperatures drop drastically. A bear’s body temperatures does not decrease nearly as much. And, unlike these other mammals, a bear can easily wake up from its winter sleep. However, today many scientists consider bears to not only be hibernators, but super-hibernators!

Bears are better prepared to stay warm during the winter months then their forest neighbors. Their fur is much thicker, providing more insulation. And because their surface are to mass ratio is much less than smaller hibernators, their body heat is lost much more slowly.

How Low Can it Go?

Because bears don’t lose much body heat, they can cut their metabolic rate by 50 – 60 percent during hibernation. Normally, a bear’s heart beats 40 to 50 times per minute. While it hibernates, however, it can drop to just 8 beats per minute. A bear’s respiratory rate drops as well. Instead of the normal 6-10 breaths per minute, they take one breath every 45 seconds.

During the summer and fall, bears eat enough to create a three to four inch layer of fat. They live off of this fat during hibernation. When waste products are produced, bears don’t dispose of them. Instead, they recycle the waste! For example, when the waste produced from the fat metabolism is broken down, the resulting nitrogen is used by the bear to build protein. This
allows the bear to maintain its muscle mass and organ tissues, even though they may lose 15-30 percent of their body weight during hibernation.

Check out these websites:

Activity of the Week: Capture Wildlife

Activity of the Week: Find a Constellation!

Ten to Try This Fall