Getting to Know Your Birds: The Wild Turkey

Home » Blog » Getting to Know Your Birds: The Wild Turkey 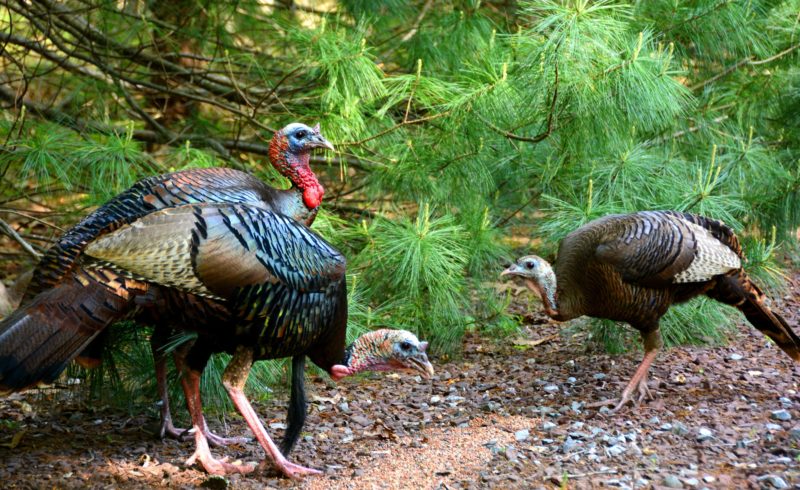 This Thursday is Thanksgiving, which for many Americans means a table laden with food like mashed potatoes, stuffing, green beans, pumpkin pie, and of course, turkey. And while you may be familiar with the domestic farm-raised turkeys that often end up as part of the Thanksgiving menu, there is another kind of turkey out there that you might have heard much about: the wild turkey.

There are only five subspecies of wild turkeys in the US. They include the abundant Eastern wild turkey, which can be found in 38 states. The Osceola or Florida wild Turkey is only found in Florida. Out west in Arizona and New Mexico is Gould’s wild turkey, while Kansas, Oklahoma, Texas, and other western states are home to the Rio Grande wild turkey. Merriam’s wild turkey is the most abundant species in the western mountain regions. 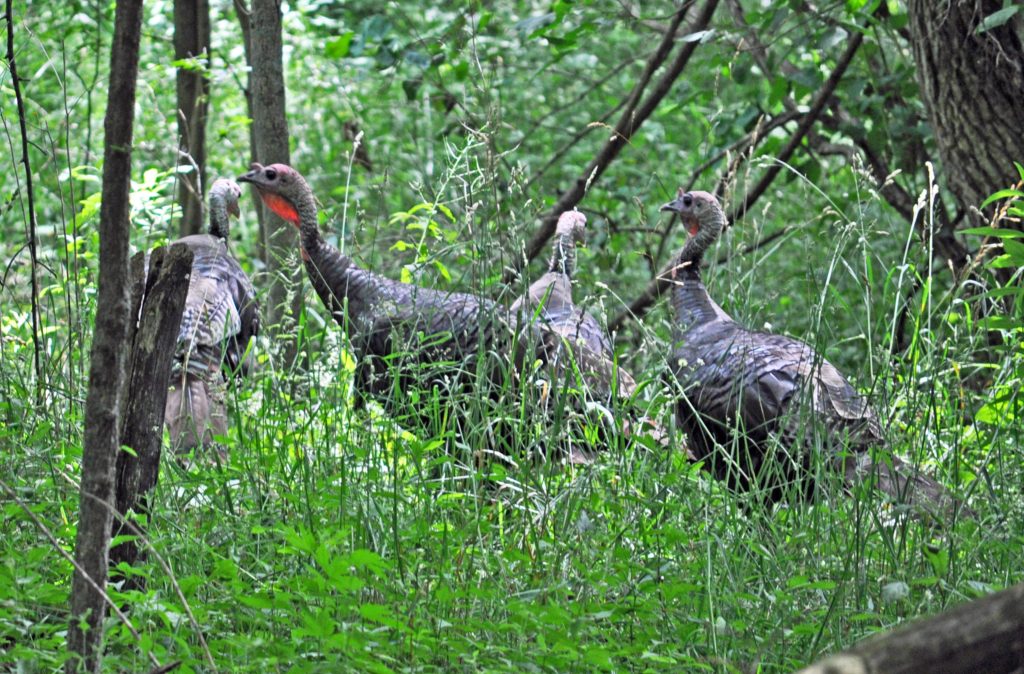 Wild turkeys roam around woods, wooded swamps, grasslands, and mountain forests. Although they can fly, they usually move by walking or running. They often roost in tall trees at night. They forage as they walk, scratching at leaf litter to expose foods such as acorns, nuts, seeds, fruits, insects, snails, and salamanders. They are most active foraging in the early morning or evening.

In the spring, the male turkey makes a gobbling sound to attract females. Then he puffs out his feathers, raises and spreads his tail, swells up his face wattles, struts around, and makes humming noises. After mating, the female wild turkey will search for a suitable place to make a nest. She scratches at the ground to form a small depression, where she will lay 10 to 12 eggs over the next two weeks. The mother turkey raises the young on her own.

We have wild turkeys living near our house, and we often see them along the road or wandering around in a nearby cow pasture. But there was a time when sightings like these could have come to an end. In the 1930s, America’s wild turkeys almost became extinct due to overhunting and loss of habitat. Fortunately, recovery efforts have beens successful, and the turkey population is now going strong.

“Wild Facts about Wild Turkeys.” US Fish and Wildlife Service

Activity for the Week: Make Some Pebble Art

Idea for the Weekend: Take a Hike

Idea for the Weekend: Make a Butterfly Feeder