Learning the Pattern: A Scavenger Hunt for Spider Webs 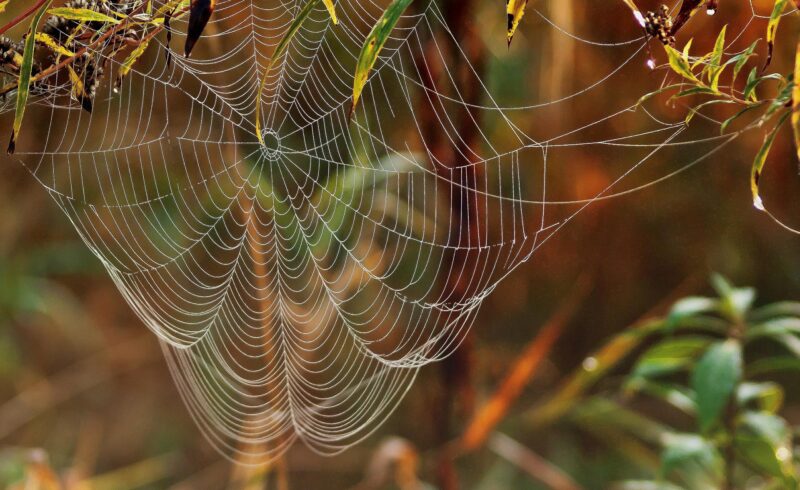 Blog, To Do Outdoors, Wildlife No Comments

I think one of nature’s finest art pieces are spider webs. When I’m outdoors, I’ve made it a habit to go on a scavenger hunt to see how many webs I can spot in a day. Until recently, I thought all webs had the same pattern; they actually vary depending on the spider spinning the silk. Here are a few types of webs that spiders can spin. 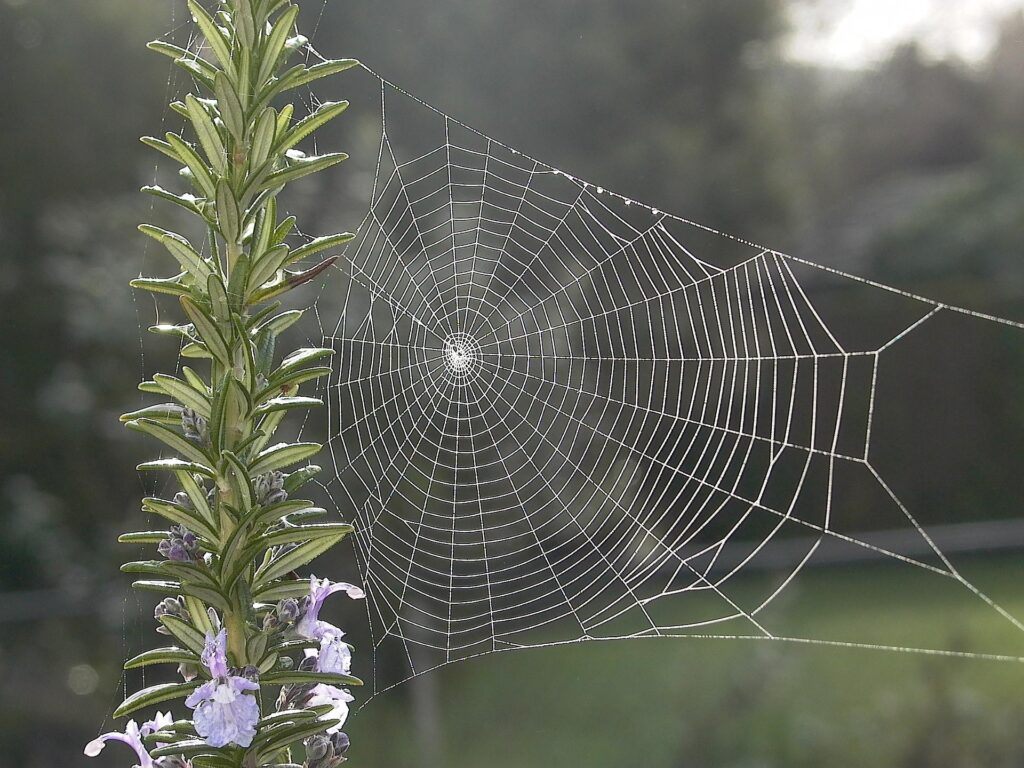 Orb webs are the most common kind of spider web and the image most people have whenever they think about spiders. Resembling a wheel with spokes or a bunch of train tracks arranged in a circle, the orb web is used to capture flying insects or other small creatures that generally don’t walk on the ground. That’s why you can see them in tree branches or bushes. 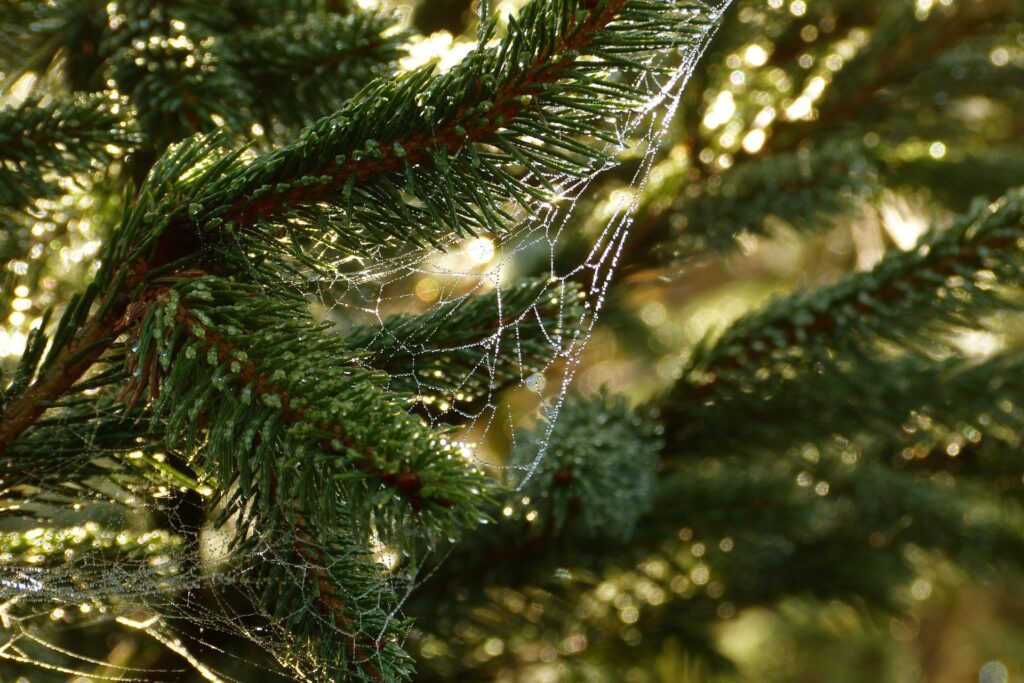 Cobwebs appear to be tangled bits of spider web with no discernible pattern or organization. The web’s design, however, serves a very practical purpose. You can usually find cobwebs in corners or attached to objects that can support having multiple strands attached to it. The disorganized appearance of the cobweb has the advantage of helping the spider capture any insect that wanders into them. The web has a similar effect to a rope trap.

Horizontal and shaped as its name suggests, to me, the triangle web is one of the more interesting types of webs. Unlike most webs that are sticky, triangle webs feel fuzzy to the touch. The Uloboridae family of spiders, consisting of spiders such as the triangle weaver and the triangle spider, create these fuzzy webs to capture prey in a manner similar to wrapping the prey up in a very tight sweater. 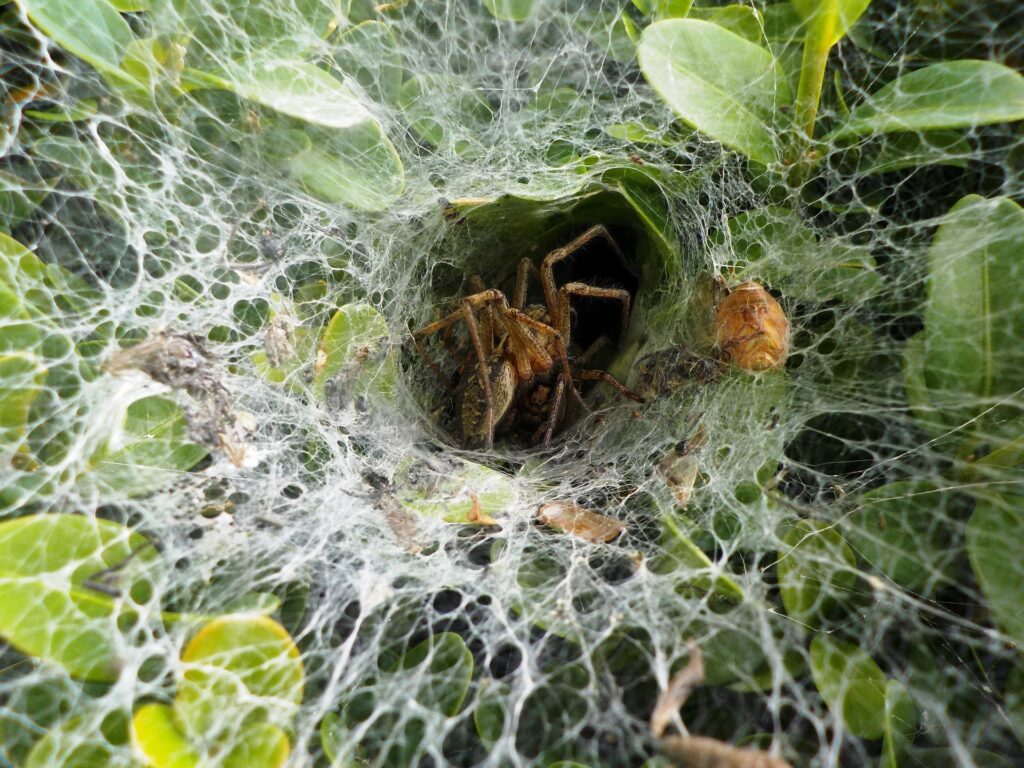 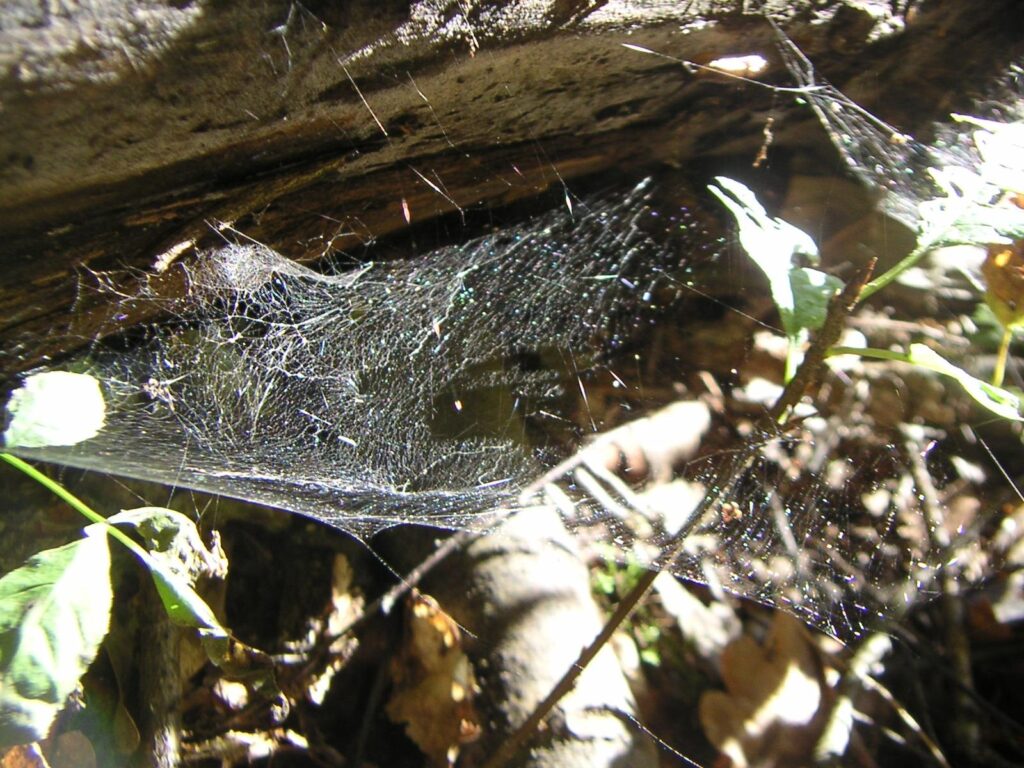 Sheet webs are webs that look like what would happen if someone took an orb web and laid it flat on a solid surface. They can usually be found on objects that are close to the ground, such as grass, bushes, and small plants. Spiders that use sheet webs can typically be seen dangling from them to wait for any potential prey walking underneath the web; then the spider quickly snatches up the prey. Sheet webs are designed to last much longer than orb webs, and spiders can often be seen making meticulous repairs to these webs. 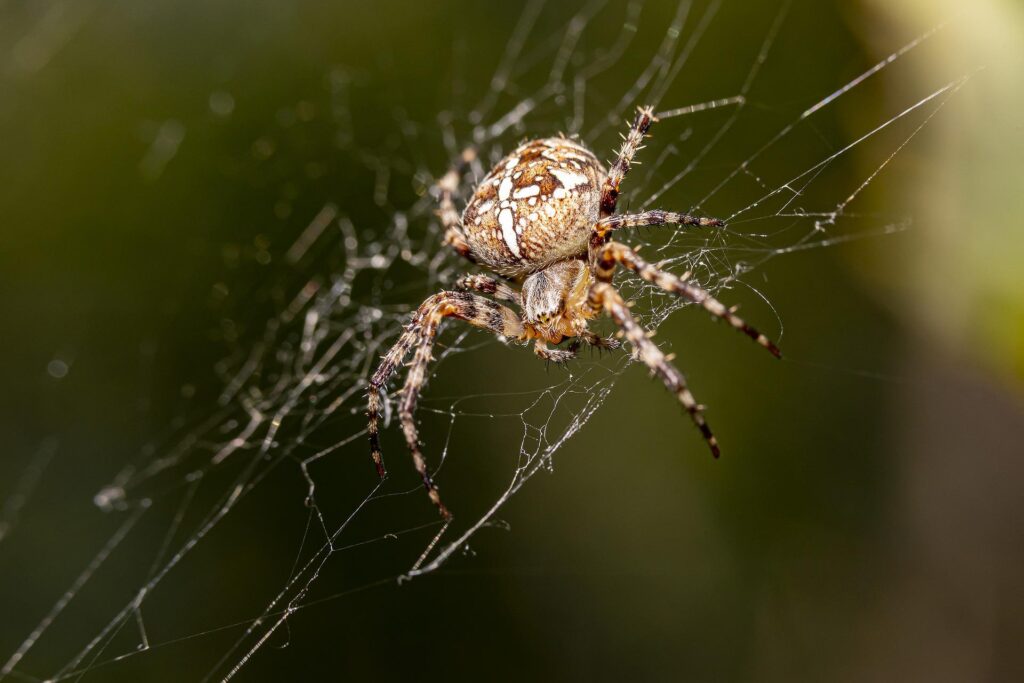 Whenever you see a spider web in nature, you can start a scavenger hunt of your own! Take a closer look and see if you can recognize the web type. You get bonus points if you can sketch the web and the spider that made it. Feeling creative? Try drawing your own web pattern along with a spider that could spin it.

De-Stress with Nature: 3 Ways to Make Your Evening Happier