Capturing the Beauty of a Snowflake

Home » Blog » Capturing the Beauty of a Snowflake 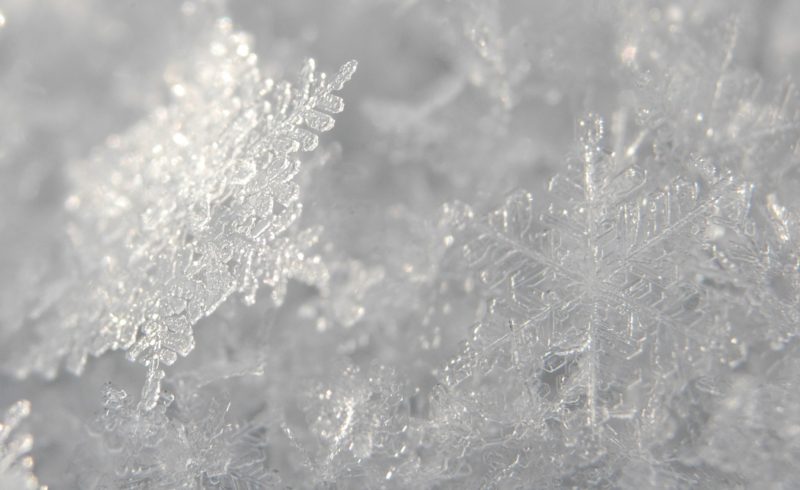 In our part of the country, we only have a few snow days each year. But my family loves them! We have snowball fights, build snowmen, and sled down a nearby hill. We also love taking walks while it’s snowing. It amazes me to think how every one of those flakes has a unique design. And it was Wilson Bentley who first made the discovery.

Wilson Bentley lived in Jericho, Vermont during the late nineteenth and early twentieth centuries. He was a self-educated farmer who wanted to figure out a way to “capture” the beauty and uniqueness of snowflakes. Before Bentley photographed the flakes, he tried drawing them in pencil. But the flakes melted before he could finish.

After a lot of trial and error, he finally took the first successful snowflake photograph in 1885.  He used a bellows camera and a microscope to create this “photomicrograph”. Bentley continued to take pictures of snowflakes, collecting more than 5,000 during his lifetime. In 1931, he published 2,400 of these photographs in his book Snow Crystals. Each snowflake he photographed had its own unique design. Although some scientists argue that there may be duplicates, they can’t deny the value of Wilson Bentley’s work:

“Under the microscope, I found that snowflakes were miracles of beauty; and it seemed a shame that this beauty should not be seen and appreciated by others. Every crystal was a masterpiece of design and no one design was ever repeated. When a snowflake melted, that design was forever lost. Just that much beauty was gone, without leaving any record behind.”

Create Your Own Snowflake Designs!

As seen in Wilson Bentley’s photographs, snowflakes are incredible examples of nature’s beauty in winter. It’s no wonder they are also a favorite holiday decoration. If you would like to create your own snowflakes to celebrate the holiday season, the site below is a great resource. It takes you step by step on how to cut out a paper snowflake with six sides, just like real snowflakes.

Check out the site below for even more information about snowflakes and Wilson Bentley.

“Is It Really True That No Two Snow Crystals are Alike?” California Institute of Technology

“No Two Alike – the First Photographs of Snowflakes.” National Geographic

“The Science of Snowflakes, and Why No Two are Alike.” PBS

Waking Up With The Sun