Getting to Know Your Mammals: Chipmunks

Home » Blog » Getting to Know Your Mammals: Chipmunks 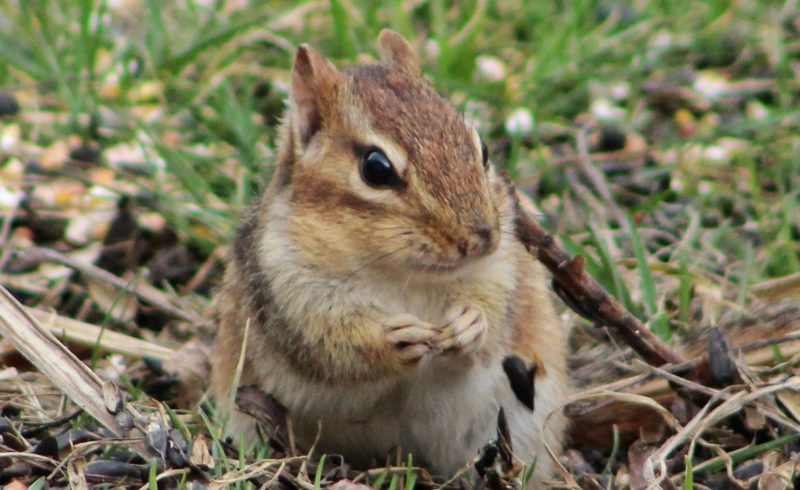 I sometimes teach creative writing classes, and one of my students included chipmunks in his descriptive paragraph about the woods. I was a little surprised, though, as his chipmunks were climbing trees. I made a note on his paper that they didn’t really do that, but he assured me that they did. It was time to find out more about these cute little rodents I’ve only ever seen scurrying across the ground.

Chipmunks are members of the squirrel family. They are smaller than squirrels, with large eyes, bushy tails, and horizontal stripes along their cheeks and sides. There are 25 species of chipmunks, and all but one can be found in North America.

Chipmunks do spend much of their time on the ground. They are often found in areas with a lot of rocks, logs, or underbrush. This way, they can quickly escape from predators. Coyotes, foxes, hawks, and snakes will try to catch them. Other predators include owls, weasels, raccoons, and bobcats. And…chipmunks are excellent tree climbers! My student was right! They will climb trees to escape predators as well. Another surprising fact: They are also good swimmers! 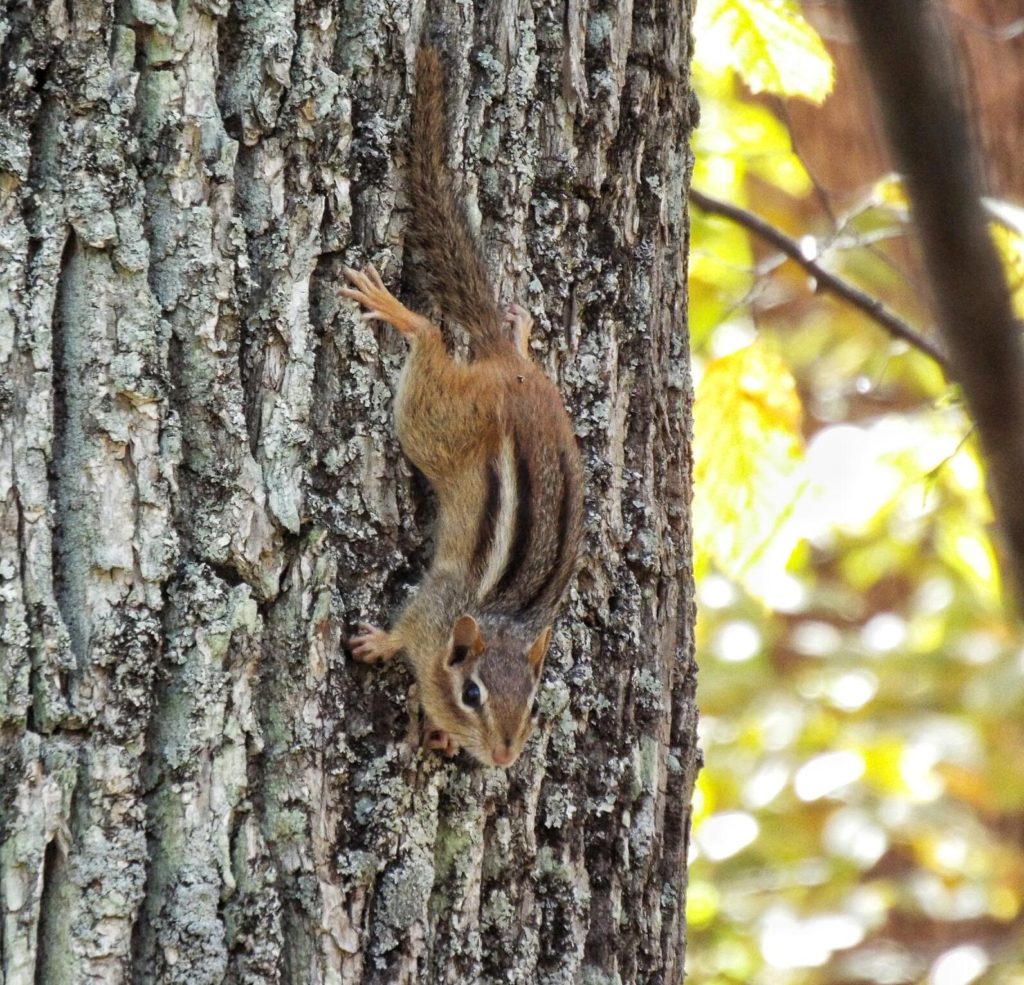 Chipmunks make warning sounds when danger is near. Sometimes they respond to the warnings of other animals, such as the alarm whistle of a woodchuck. Other sounds include squeaks and chirps. Below is a video featuring chipmunk sounds.

A chipmunk’s den also provides safety from predators. Some dens are nests hidden in bushes or logs. Others consist of dug-out chambers and tunnels. These tunnel systems can stretch from 10 to 30 feet long and include food storage areas as well as a nesting chamber. The entrance is often camouflaged. 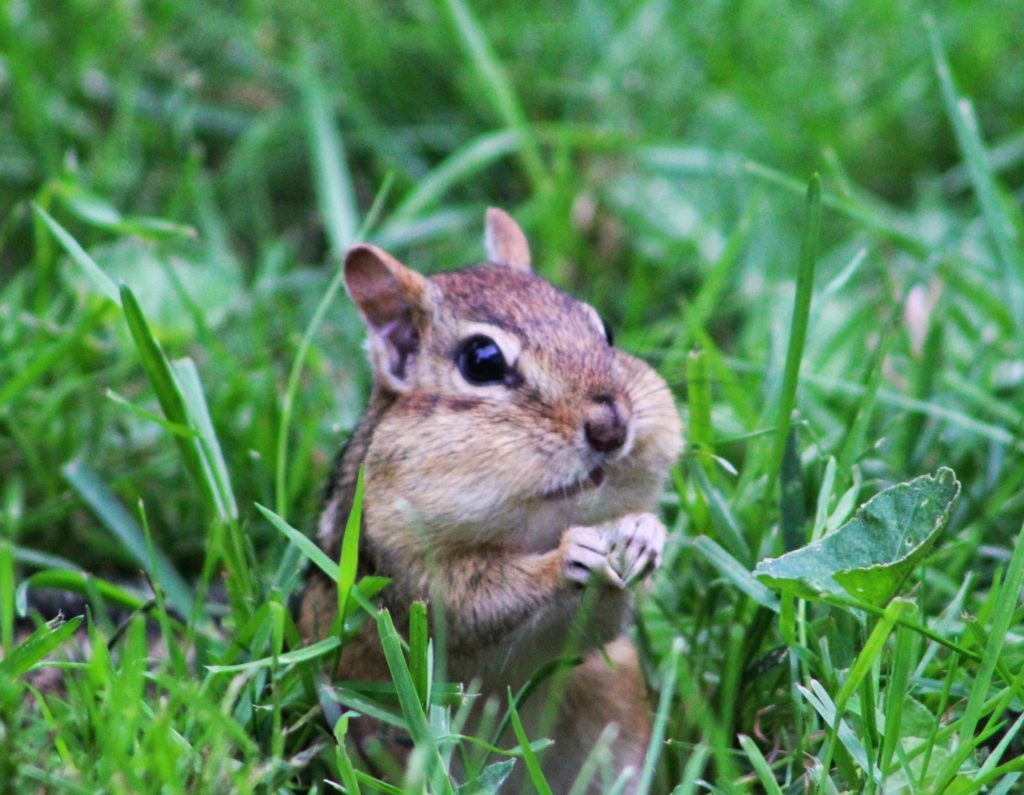 Chipmunks gather most of their food from the ground. They are omnivores and will feed on nuts, berries, grain, fruit, seeds, mushrooms, insects, frogs, lizards, and bird eggs. They stuff the food into the pouches on the inside of their cheeks and carry it back to their dens. In just two days, they can gather enough food to last them to the entire winter. Most store much more food than they’ll need.

During the cold months, chipmunks remain in their dens. Starting in late October, they fall into a deep sleep with a slowed heart rate and lower body temperature. But unlike other hibernating animals, they don’t store fat. Instead, they wake up and dip into their food stores throughout the winter.

Chipmunks mate in the spring and have litters of two to eight young. Females produce one or two litters a year. The babies are called kits, kittens, or pups. They are born blind, hairless, and helpless. They develop quickly, though, and start foraging outside the nest with their mother at about six to eight weeks.

To Learn More About Chipmunks

Want to learn more? Check out these websites:

“NOT Alvin and the Chipmunks: 10 Facts You May Not Know about the Real Rodents”. National Wildlife Foundation.

Getting to Know Your Birds: The Wild Turkey

Growing Your Own Succulents

Idea for the Weekend: Visit a Farmer’s Market

20 Water Activities to Beat the Heat